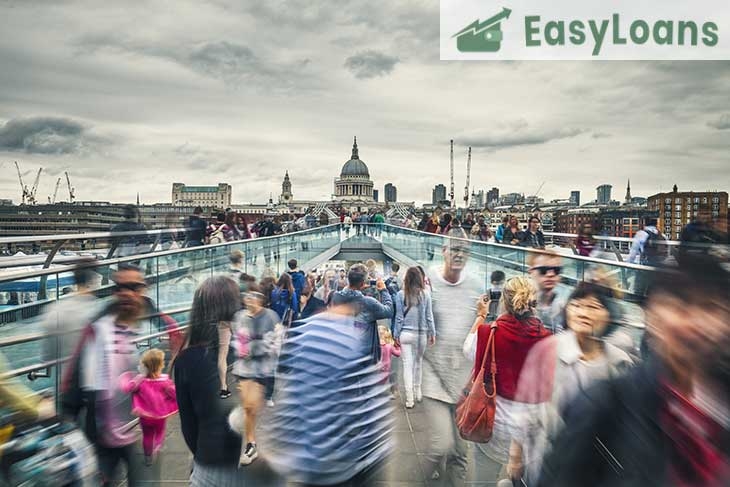 Brits have lots of money worries, but instead of getting to the bottom of them, new research suggests that people are simply burying their heads in the sand.

More people than ever before are in debt, yet figures show that the vast majority of people say they cannot do anything about their situation because they don't have enough time to sit down and work through their finances. Many others admitted to being too overwhelmed with the prospect of getting to the bottom of their financial woes. The research basically concluded that people are putting off sorting out their money issues, which in turn is making everyone's situations much worse than they need to be.

According to the research, nearly six and a half million people say they have no time to sit down and go through their own paperwork and banking bumph which is clearly the reason why people are battling mountainous debts and have money going out that they cannot control.

Figures also highlight that nearly five million people attempt to try and get on top of their monetary issues throughout the year, but when they delve into their spending habits and try to consolidate debts, they feel out of depth, so instead put it off. The above is worrying to say the least. If people feel overwhelmed when they try to address and get on top of their finances, it means that people are more than likely in a more dire financial state than first thought.

It also means that millions of people are probably never going to get out of the debt cycle that they are currently in, and are probably always going to be leaking money out when they really need to be tightening up.

The same study also pinpointed that people have the same lax attitude to retirement and savings. Nearly 40 per cent of people say they haven't started looking into life insurance yet, whilst 51 per cent say that they are concerned that they haven't prepared anything for retirement.

Only 12 per cent of people admitted to regularly monitoring their finances and being happy with how their finances look. Of this figure, however, many admitted to managing their finances in work time as this was the only time they had to do it. Our advice to the above is simple. It is prudent that people make time for financial matters, even if it feels like there isn't enough hours in the day.

People should also contemplate going through finances with family members as they may be able to help see the light at the end of the tunnel and suggest ways of saving that haven't previously been thought about. This will also help with lifting the monetary burden that people so often bogged down with.