Credit Card Limits Being Slashed Due To Covid-19 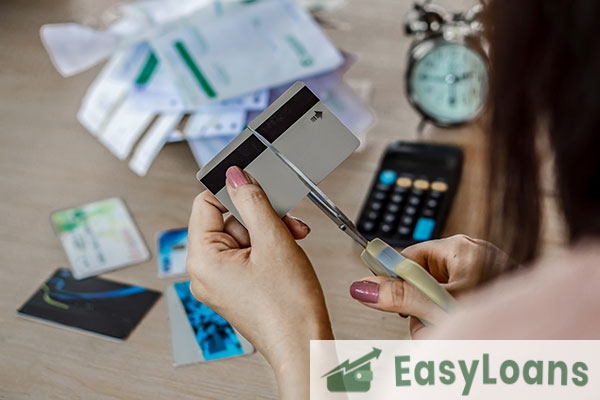 There are few people who have gotten this far into the pandemic without feeling its financial implications. As COVID-19 has swept around the world, many people in the UK are struggling to make ends meet through furloughs, job losses and economic uncertainty.

Unfortunately, this is all made worse by the fact that lenders have started lowering borrower credit limits and even closing accounts very suddenly. The problem seems particularly rife in the US, where young cardholders especially have had their credit limits reduced by up to $5,000 (£3800).

Why are lenders cutting credit limits?

A credit conditions survey conducted by the Bank of England during the second quarter of 2020 has made it clear that UK banks and other lenders are expected to make fewer loans at higher rates during the coming months. This is in large part due to the higher risk that lending poses at a time when people's incomes and livelihoods are so precarious.

Defaults on payments are due to rise in the next quarter, as the fallout from both lock down and the COVID-19 crisis settles. This includes defaults on both secured and unsecured loans and corporate loans. In fact, one group has warned that small and medium businesses are carrying over £35bn of unsustainable debt built up during lock down. As the government's furlough scheme comes to an end later this year, many economists warn that a surge in unemployment is also on the cards.

This will take the form of fewer loans and mortgages being signed off, but lenders have also found other ways to minimise their risk during the pandemic. One effective way to reduce lending is simply to lower people's credit limits. With credit limits cut, lenders can easily reduce the amount they're lending and lower their risk profile during these uncertain times.

What do lower credit limits mean for credit card holders?

While this might make sense for lenders who don't want to lend to people who might miss payments, it's already putting cardholders in a tricky position. Many people rely on credit month-to-month, particularly people who work seasonally or have an irregular income due to being self-employed or working on a zero-hour contract. If these limits are cut very suddenly and without warning, borrowers may find it hard to pay the bills.

It's particularly poor timing for those borrowers who become economic victims of the pandemic: thousands of people have already lost their jobs as a result of lock down, and the Bank of England's survey suggests that thousands more job losses are still to come. Only time will tell as to how these people will fare without easy access to credit.